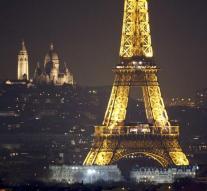 - A private plane coming from Antwerp on Monday intercepted by a fighter of the French Air Force. It's on the news website L' Obs. The plane flew over Paris and that is not in connection with the strict security measures for the climate conference in the French capital.

The business aircraft tried to reach the airport of Le Bourget, despite the prohibition to fly at the airport. Because the Air Force did not know the intentions of the device, the private plane was escorted to the west of Paris, eventually landing at the airport of Pontoise.The pilot said he knew nothing of the restrictions. The offense is a penalty of six months in jail and a fine of 15 000 euros, L' Obs writes. But to date no action was taken there, the French Air Force says.
NEW