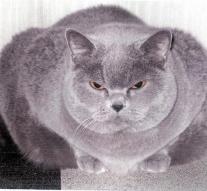 - The makers of the Fitbit fitness bracelet were mystified : thousands of users had completed the height around 60cm, and as such weight 30kg. What transpired ? The gadget is widely used by owners to see if their beloved pet does move enough ...

That director James Park announced during the Code / Mobile conference in New York. "We actually saw tens of thousands of profiles of these statistics. But when we looked at the profile pictures and we saw that they were pets", said Park.

The Fitbit is actually meant for people. The device means among other things the number of steps taken and distance, allowing wearers to see how much they move on an average day. But apparently think owners of a large dog or cat that the gadget is also suitable as a necklace.