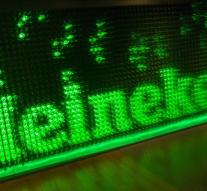 - The Saudi customs at the border with the United Arab Emirates a shipment of 48,000 cans of Pepsi Cola exposed as a load of Heineken Beer.

During a routine check of a truck at the border post of Al- Batha, nearly 500 kilometers east of the Saudi capital Riyadh, showed that the predominantly blue outer layer of the cans could be removed. What remained was a predominantly green can of Heineken, media reported Thursday in the region.

In the strict Islamic kingdom of Saudi Arabia alcoholic beverages are prohibited. In neighboring emirates are exceptions to the Islamic ban on alcohol.