Home / World / Outbreak of measles in prison of Ghent 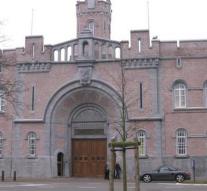 gent - The prison in Belgian Ghent has been hit by the measles. The prisoners may not receive a visit and will be vaccinated, as well as the staff. From Tuesday, Tuesday, 21 people have fallen sick since Friday, the viral infection turns around.

One staff member and a detainee were transferred to the hospital. The other sick are isolated since Tuesday. Detainees may not be moved to, for example, the court.

On Wednesday, the measures will be reassessed together with the medical services, a spokesman for the Ministry of Justice against Belgian media. According to the trade union ACV, the staff takes protective measures, such as wearing gloves and masks. The trade union says there is concern at both the staff and detainees.