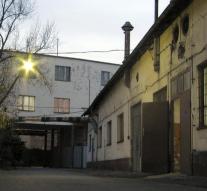 prague - The Oskar Schindler factory that served as a front in World War II for the salvation of more than a thousand Jews a museum.

The Czech Shoah Foundation has bought the dilapidated building and wants to open up to visitors.

,, The foundation would like to plant and the surrounding site back to its original condition, including the watchtowers and the small hospital, '' said founder Jaroslav Novak. He is counting on government subsidies because the new museum would attract a lot of day trippers to the Czech Brněnec.


The German-Czech manufacturer Oskar Schindler in 1944 drew more than a thousand Jewish forced laborers, including small children, his enamel factory Brněnec with the pretext that he needed labor for war production. For example, he prevented them from being deported to extermination camps. Schindler was a large public aware by Steven Spielberg's adaptation of his heroic deed.