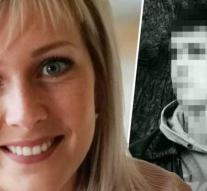 leuven - The mystery surrounding the 24-year-old hairdresser Julie Quintens has been solved. The young blond hairdresser from Tienen in Belgium was found dead in her apartment, after which her father begged for clarity. That has come.

Quintens was found dead by her father last Friday in her home in Tienen. The man was alarmed by the manager of the salon because Quintens did not show up at work that day. Research showed that she had been killed by violence.

A 25-year-old man from Boutersem, who is referred to as B. W., was arrested on Saturday afternoon. He has admitted the strangulation and will appear in court on Tuesday. 'The suspect is a man who grew up in a building in the vicinity of the victim's parental home in Boutersem. He knew her superficially ', says a spokesman for the Belgian OM.

At the moment little is clear about the circumstances of death. Flemish media quickly expect more clarity. 'He did not give any reason for his action during the interrogation and states that he acted in a momentum. The judicial investigation should provide more clarity about its motives, 'said the spokesman.

Friends and colleagues of the hairdresser are in mourning. 'But why? You are still too young ', wrote a friend on Facebook. 'Such a nice, spontaneous, sweet and handsome woman. This is not fair? You had a whole life for you. You have not always had it easy, but you were just as happy again. '