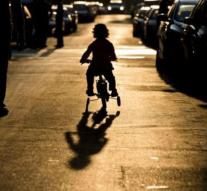 oslo - Norwegian police have broken up a network of at least fifty pedophiles. Among the defendants are lawyers and politicians. One of the men is suspected of abusing his own children.

The investigation into the network, which is called by the police 'Operation Dark Room ', began last year, after a man was arrested in the coastal town Bergen. He demonstrated to be the pivot of the group. Dozens Norwegians were found to have disseminated pornographic pictures of children via a hidden network.