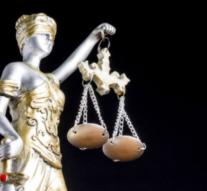 barcelona - The Spanish National Police went to the Palace of Justice in Barcelona on Monday to take security duties. The President of the Catalan Supreme Court, Jesús Barrientos, has asked for the national agents.

So far, the justice palace has been monitored by the regional police force, the Mossos d'Esquadra. But the Catalan police have become a political instrument of the separatist government in the eyes of opponents of Catalan divorce. The Catalan police practically did not work in the beginning of October to prevent an illegal referendum on independence.

Barrientos wants the justice to continue to work normally. The Catalan Prime Minister Carles Puigdemont wants to call on independence, but he does not have any rights under the judiciary in Madrid and Barcelona. According to Barrientos, Puigdemont, with his statement- perhaps Tuesday evening- would seriously attack 'the integrity and independence' of the judiciary.