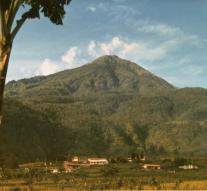 jakarta - On the Indonesian island of Java on Sunday at least seven mountaineers were killed when they found themselves in a sudden occurrence of forest fire. The boss of the security forces announced on Monday that five bodies were found Sunday and Monday another two . Two more people are missing. The casualties and missing all come from Indonesia .

The mountaineers were busy climbing the 3265 meter high mountain Lawu, about 40 kilometers east of the city of Surakarta in central Java.

Possibly insufficient extinguished campfire caused the fire, said a spokesman. It is not clear whether the mountaineers which had kindled campfire itself.