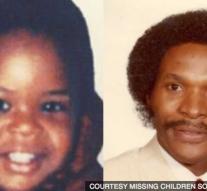 toronto - A Canadian mother is reunited after 31 years with her then kidnapped son. The man was only a toddler when he was kidnapped in 1987 by his father. He is now an adult of 33 years.

The then 2-year old Jermaine Allan Mann was taken by his father during a planned visit to Toronto, reports BBC News. He was told all the time that his mother died when he was a baby. Father and son lived under false names in the United States until the end of last week. Jermaine's dad was then caught using counterfeit documents.