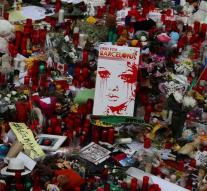 barcelona - The Spanish government will better protect the various tourist hotspots in the country, says the Interior Minister.

'We will focus our efforts at any location that needs that,' said Juan Ignacio Zoido.

Spain maintains the level of threat at level 4, just below the maximum level, he continued to know. There is no acute threat to a new attack since, according to the government, the terrorist cell responsible for the attacks in Barcelona and Cambrils was completely dismantled.