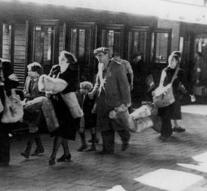 koblenz - There may be more German Jews in World War II killed than previously thought. Holocaust experts after further investigation concluded that 175 191 German Jews were deprived of life, for the most part in extermination camps. Scientists went so far out of 160,000 victims.

The German newspaper Der Spiegel comes Saturday with a message about it. Where the difference is caused by, was prior to the publication is not clear. In total, the Nazis killed 6 million Jews.