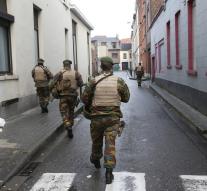 brussels - The Brussels commune of Molenbeek has a plan ready that radicalization must counteract. The municipality came in the days after the attacks in Paris negatively in the news because some perpetrators the church had as a residence.

Measures include the screening of all associations in the municipality and combating hate preachers and radicalising messages on social media. Be returned Foreign rebel fighters in the Syrian Civil War psychosocial support as well. This also applies to the families of those involved. We have found that radicalization is sometimes linked to networks of small and large crime , says Mayor Françoise Schepmans the French-speaking broadcaster RTBF. For plans about 1.9 million is released.