Home / World / Minister away after murder of journalist 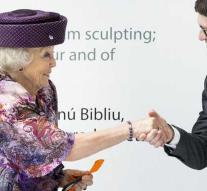 prague - The Slovakian Minister of Culture Marek Madaric resigned in connection with the murder of the investigative journalist Jan Kuciak. The bodies of the journalist and his girlfriend were found last weekend in their home in Velka Maca, 65 kilometers east of the capital Bratislava. They were shot.

Madaric stated that he 'could not stand' that a journalist is murdered during his term of office.

The 27-year-old Kuciak was an investigative journalist with Slovak Aktuality. sk and investigated tax fraud by businessmen who have ties with the government party. According to the police, it is plausible that the couple was murdered because of the journalist's research.