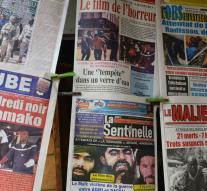 bamako - Authorities in Mali on Monday published photos of a man and a woman who would have been involved in planning the attack on the luxury hotel in Bamako.

The pictures were shown on state television. It is the first time that the authorities announced that they are looking for accomplices.