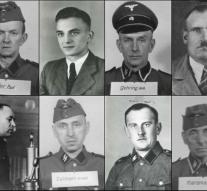 warsaw - Polish historians have published Monday a list including more than 8500 names of guards and commanders of Auschwitz. About 200 of them might still be alive.

The list is the work of historian Aleksander Lasik, more than 30 years of research performed in Polish, German, Austrian and American archives. He consulted all remain Russian archives, inaccessible to the majority.

'The justice system has failed and I do what should do a historian: exposing war criminals,' said Lasik. Historians estimate that are prosecuted only about 12% of all the guards of the camp.

According Nazi hunter Efraim Zuroff, the publication of the list 'very important and the right thing to do. 'It may also have consequences according to him people who until now were not on the radar of investigators, he told AP.

Estimates were in the war, around 1.1 million people, mostly European Jews murdered in Auschwitz.