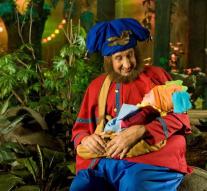 antwerp - Studio 100 has become the victim of a,, significant fraud '. That the Belgian entertainment company, maker of popular children's programs as Plop and Piet Pirate, published Monday. A 44-year-old employee with a leading position in the company is suspected of fraud.

The shoddy has recently come to light during an internal audit. The investigating magistrate in Antwerp managed to keep the suspect. Which would have interfered with bills for years.

Studio 100 has made no announcements about the extent of the fraud. According to the Belgian newspaper Het Laatste Nieuws, the man is suspected of embezzling about 4 million.