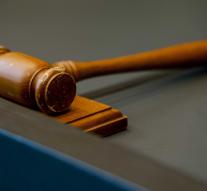 brussels - A 47 year old Belgian who poisoned his wife in 2009 and in 2013 his girlfriend, was Wednesday sentenced to life imprisonment. "The facts are repugnant and cowardly acts", stated the jury and the court in Ghent on the former pharmacist. "He acted methodically and purposefully".

Marc Van O. had confessed that he had poisoned his 45 year-old girlfriend with a strong sedative, but claimed his first wife (34) had committed suicide.

The jury and the court spoke of a cool -reasoned way the poison was administered in each by Ghent and the expansion of false leads after the murder of his vriendin. Van O.'s lawyer had asked for 29 or 30 years in prison, because of his personality. The court and the jury ruled that the man psychopathic personality traits has but found no reason for a reduced sentence.

The prosecution had demanded life imprisonment.