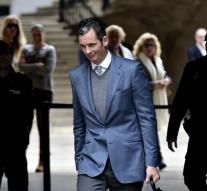 The judges sentenced the duo last week to six years and three months in prison for include fraud, money laundering and embezzlement in the case known as Caso Noos. The prosecution now claims to have reason to ask for a heavier penalty because there is more evidence of falsification and misappropriation of public funds.

there will again be asked for prison directors of Valencia who have been acquitted by the Court of Palma, including the former Mayor Alfonso Grau.

Thursday decided the three judges of the Court in Palma which Urdangarin and Torres not the cell in need while they await their appeal. Urdangarin can wait for the case in Switzerland, where he lives. However, he must report every month.