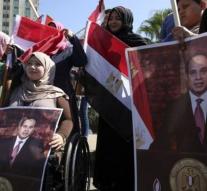 cairo - The Palestinian rival parties Fatah and Hamas have reached agreement on political reconciliation. Details will be announced at a press conference later on Thursday, let the Palestinian Information Center know.

Around noon, the parties are becoming more famous in Cairo. In the Egyptian capital, Hamas and Fatah began discussions on Tuesday.

Fatah is the largest Palestinian organization, followed by Hamas. The latter drew power to the Gaza Strip in 2007. Hamas, considered by the United States, the European Union and Israel as a terrorist organization, gave power in Gaza last month to President Mahmoud Abbas.