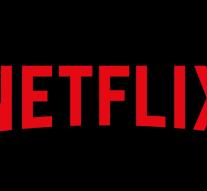 amstelveen - Almost half of the 18-year-old Dutch people pay for watching movies or series through an internet service, according to figures from market researcher GfK. This happens mainly through subscriptions to video services such as Netflix or Videoland, but also through loose sales.

On-line video replaces traditional television only for a part, but mainly makes sure that more is watched. Young people from eighteen to 34 years watch video on video daily for three hours and forty minutes. 55-plus people get up to 40 minutes a day.