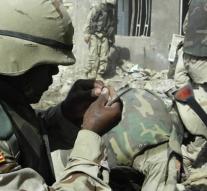 - The US Department of Defense (Pentagon) has a whopping $ 43 million to a gas station in northern Afghanistan. According to Inspector John Sopko is probably the most expensive pumping station in the world. He is the leader of the task force investigates reconstruction of Afghanistan with the help of money from the US

The pumping station in Sheberghan was opened in 2012 and was intended to show that CNG works fine in cars in Afghanistan, writes the British newspaper The Guardian. Since March of this year, however, there can not be refueled. The MoD said that the expertise of existing staff fails to figure out why the time has cost so much money.

In comparison, the construction of a comparable petrol station in neighboring Pakistan did not cost more than 500 000 dollars.