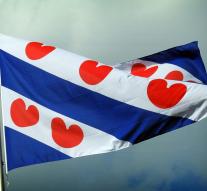 'It Fryske lân fol eare and ROM, must have thought the Frisians when they translate last week in September. The meaning of the Frisian national anthem, 'The Frisian country full of honor and glory ', that says a lot about the love of Frisians for their province. Over a million English words they knew in just a week's time to turn to their language, which is celebrated Thursday in the provincial government building in Leeuwarden.

organized in September last year, various bodies such as the University of Groningen, translation marathons where everyone could join. Also primary and secondary schools have worked to translate as much as possible. Quot; It lived across the province , said promoter and retired dictionary writer Anne Dykstra. Quot; This means that we are digitally present and that is very important for a language. Quot;

Dykstra is happy with the result. Quot; If I translated something I did always go Dutch , he says. Quot; Now I will no doubt translate into Frisian. Quot;

Besides Frisian translation service also includes other 'minority' languages, such as Basque, Catalan and Welsh.