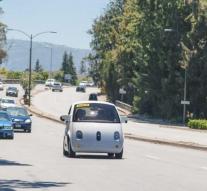 rotterdam - About four in ten Dutch sees the arrival of self-propelled vehicles or sit. A car share currently seems a bridge too far for consumers. Only one in ten Dutch would be willing to do so in the next fifteen years.

These are some of the results of research commissioned by Motivaction fiberglass company EuroFiber the impact that so-called smart technology in the coming years can have on life. The research is based on different scenarios that have been written using the Rathenau Institute. The results of the survey of over 1100 consumers will be presented Tuesday in Rotterdam.

A large majority of respondents was prepared to generate their own energy future. Furthermore, some Dutch are willing to keep the sleep cycle via a subcutaneous chip. One in five Dutch provides a social life that takes place primarily online, and 68 percent of respondents consider a device on the added value to connect to the Internet.

According EuroFiber CEO Alex Goldblum is striking that Dutch consumers are relatively conservative about the potential of technology. " Unknown, unloved ", he outlines that attitude. According Goldblum need both science and the technology investing heavily to raise awareness among consumers about digital changes that are coming.