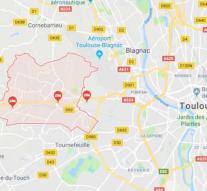 toulouse - A journalist from Azerbaijani origin and his wife were attacked by a gunman on Friday in a suburb of Toulouse. The journalist Rahim Namazov survived the attack despite serious injuries, his wife died according to the police.

Namazov lived in exile in southern France. The mayor of the suburb of Colomiers takes into account a politically motivated attack. 'Rahim Namazov is a journalist who was tortured and imprisoned in his country and lived as a political refugee in France,' Karine Michelet-Traval told the La Dépêche newspaper. 'You obviously think of a retribution. '

The journalist fled from Azerbaijan to France in 2010. In that year he said in a video on YouTube that he was imprisoned because he had written articles about assaults in the armed forces of Azerbaijan.