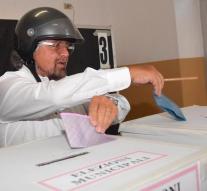 In some of the Italian cities and municipalities the people went to the polls. In cities like Parma, Verona, Palermo, L'Aquila, Catanzaro, Lecce and Genoa (Grillo's home), five-star movement candidates finished third or fourth place.