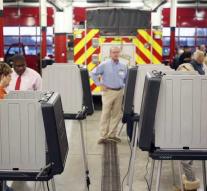 In both states voting for the House of Representatives and in Indiana a new Senator is also elected. According to American media, the result in Kentucky can be a forerunner for the rest of the country. The battle between the Republican and Democratic candidate is very exciting.