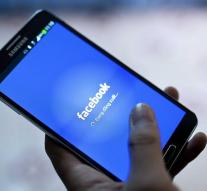 - Facebook is in the vicinity of San Francisco started a trial with the sale of concert tickets. Users can buy the tickets directly from the Facebook page of the event.

For the test, the company is working with a small group of independent venues, artists and event organizers in the San Francisco Bay Area, as a spokeswoman for Facebook in response to BuzzFeed News announced. Facebook users who want to buy tickets to the event receive a "Buy Tickets' button in focus.Although Facebook sells the tickets, it leaves the processing to third parties. At this time, the participants need to cede no percentage of the ticket price to Facebook.Facebook already undertakes more commercial activities. Thus, the previously introduced in a ' buy' button.
NEW