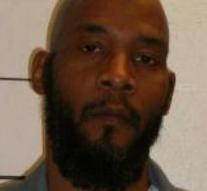 saint louis - The governor of Missouri Eric Greitens at the last moment held an execution after the attorneys of the convicted suspect had submitted new evidence. 48-year-old Marcellus Williams was sentenced to death on Tuesday because of the murder of a woman during a burglary in her home in August 1998. Improved DNA technology has shown that he is not the victim.

Greitens decided to cancel the trial four hours before Williams received a deadly injection. He will form an inquiry committee that will focus on Williams's grace request.

The judge sentenced him to death in 2001 because he had hit the victim 43 times with a knife. It has now been found that the murder weapon of an unknown man is and that those found on the body are also not of Williams.

The postponement of execution was the highlight of the opposition to the death penalty. More than 200,000 people had signed a petition in which Greitens was asked to intervene. A protest campaign was scheduled for Tuesday in Saint Louis.