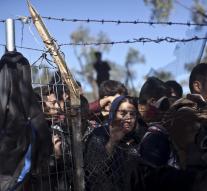 brussels - The largest economies in the world should formulate a joint response to the refugee crisis. That is the commitment of the European Union at the G20 summit to be held in Antalya, Turkey on 15th and 16th November.

EU Minister Donald Tusk and Jean-Claude Juncker, President of the European Commission, writing Wednesday in a letter to the head of government of the EU that such a response to the global character of the crisis must emphasize.

The international solidarity is what Juncker and Tusk is a lot better when it comes to protecting refugees. " The G20 have a particular responsibility to ensure that international organizations which help refugees, have enough financial resources. "

In the G20 countries from the EU as Russia, Saudi Arabia, China, India, Japan, the US and Mexico represented. Turkey is the chairman of the summit, where economic growth is high on the agenda.