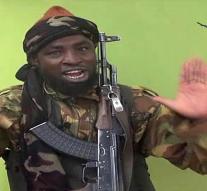 kano - By three bomb attacks in Nigeria Wednesday nearly sixty deaths. Most deaths occurred in the city of Yola where terrorists blew up in a parking lot at a market and it took 32 people to death.

In the city of Kano were eyewitnesses more than 25 people by a bomb. There, two women blew themselves up in a shopping area. Dozens of people were injured by the attacks.

The attacks are not claimed but the authorities assume that terrorist group Boko Haram is responsible.