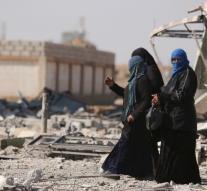 - In Syria, at midnight (local time) entered the 'cessation of hostilities'. Which should allow humanitarian assistance and peace talks in the five-year civil war. It was not immediately clear whether all the parties who have agreed to adhere to the truce.

The cease-fire does not apply to the extremist group Islamic State and the Nusra Front.

In the run-up to the cease-fire was still heavy fighting in many places in western Syria. Government Forces conducted air strikes on rebel areas in Damascus and insurgents battled with government forces and their allies in the Latakia province. The Nusra front called on to step up attacks on government forces and its allies.