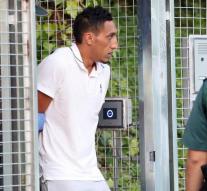 barcelona - A cousin of the brothers Moussa and Driss Oukabir, who is behind the terrorist attacks in Spain, has been arrested by the Moroccan intelligence services. Police sources reported to the Spanish newspaper La Vanguardia that it is Nourine Oukabir.

Nourine Oukabir would be suspected of 'glorifying terrorism'. He would have had secret conversations with members of the terrorist group in a cafe. His cousin Moussa was shot by police in Cambrils. The other cousin Driss has to appear together with three other members of the terrorist cell in Madrid on Tuesday, for the Audiencia Nacional, a special court of law that deals with terrorist cases.