Home / World / Dead and wounded at emergency drill in mountains 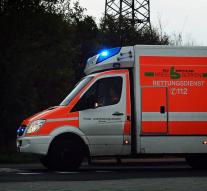 - An exercise with a gondola in the mountains of Bavaria has turned into a real disaster. A 48-year-old man when he came to life 14 meter depth occurred to when switching from one to the other gondola. The man with serious injuries was taken to a hospital where he later died. That has provided the Bavarian police Monday.

In the accident near the village of Bayerisch Eisenstein hit a 24- year-old man wounded. He stood at the cable cars and was dragged into his trap by the older man. The exercise was immediately canceled. The police will conduct an investigation.

The exercise, involving an accident with the gondola with ninety people were simulated, names among others mountain guards, police forces and fire departments participate.