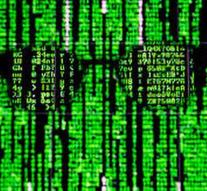 prague - The Czech police have arrested a Russian hacker in a hotel in Prague. The man was engaged in attacks on computer targets in the United States.

The US has directly asked the man's extradition. an international arrest warrant, as the Czech authorities indicated Wednesday it against the attacker walked for a while through Interpol.

The Americans recently accused Russia of it through hacker attacks to influence the election campaign for the presidency. Russia denied that emphatically. Prague Wednesday did not comment on whether the arrest has to do with.

It is not yet known when the Czech judiciary decides on the extradition request.