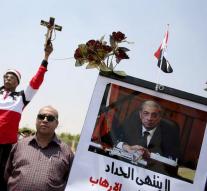 cairo - The Criminal Court in Cairo wants the death penalty for 31 people involved in the assassination of Attorney General Hisham Barakat in 2015. The court has asked for the highest religious authority of the country before deciding on July 22.

Barakat came through a bomb bomb attack on his convoy. The authorities blamed militants of Muslim Brotherhood and Hamas. The Ministry of the Interior released a video last year in which suspects acknowledged guilt, but some returned their statements to court again.

Barakat was the supreme Egyptian authority who was killed after the army under the leadership of current President Abdel Fattah al-Sisi had dropped the elected president Mohamed Mursi.