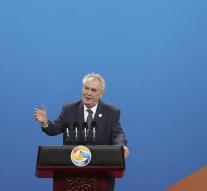 prague - The NATO member states, the Czech Republic and Slovakia, will jointly protect their airspace. For example, jet-jet pilots can come into action in a terrorist threat with a hijacked plane over both countries.

The Czech parliament approved an agreement with Slovakia on Thursday. Slovakia voted in before.

Parliament voted with 73 votes in favor. There were no votes against. President Milos Zeman has to officially approve the agreement. Cooperation goes beyond the usual rules within NATO. The Czech Republic has fourteen Saab JAS39 Gripen fighter aircraft, Slovakia has twelve MiG-29 devices.