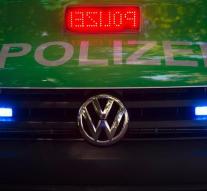 bremen - A confused man in a park in Bremen, Germany with a knife stabbed and wounded four hikers around him. Two of them were seriously injured. Shortly after the incident the police overpowered the 29-year-old man.

None of the wounded is in critical condition. The incident caused great panic among the visitors to the Rhododendron Park.