Home / World / Charly T. is back in the Netherlands 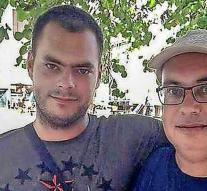 amsterdam - Charly T., a Dutch student suspected of sexual assault in Spain, is back in the Netherlands. His lawyer confirms reporting about this. She emphasizes that the 17-year-old boy and his family now...

T. has been detained since August last year after an accusation of sexual abuse of two British girls aged 12 and 14. The Spanish justice demands four years in jail and one year in custody.

On Tuesday he was released from the youth institution where he was imprisoned. That does not mean that he is acquitted. The verdict will probably come next week.