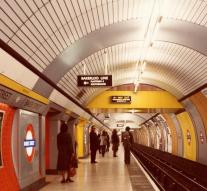 london - Baker Street Tube Station in London Thursday night around 20:30 just been evacuated due to a bomb threat. An abandoned car would have been found near the metro station. It would possibly be a bomb. British police says that the car as " non- suspicious " has been identified and that the area of Baker Street is released.

In the British capital, the fear after the attacks in Paris is great. Three metro stations have been cleared in the past 48 hours due to extra security checks.