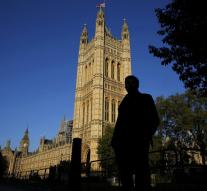 london - The British upper house blocked a major cost savings for the government of Prime Minister David Cameron. The members of the house usually adhere to the unwritten rule that they do not interfere too much with financial issues, but the mood on Monday a majority stopped the government plan to abolish some tax cuts. Cameron wants to cut thus more than 6 billion euros, including certain grants through the IRS.

The upper house is concerned that the poor are too badly affected in the reform of the tax system. In the current system is distributed to the poor ' tax credit '. The government wants to save it. But led by Baroness Meacher the upper house decided Monday that the tax plan must first be investigated. The Finance Minister, George Osborne, accused members of its upper house in a constitutional crisis to drive.