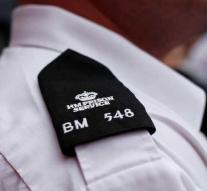 birmingham - The British government has urgently put things in order in a prison. To this end, a prison director was relieved of his duties, the company that ran the establishment was pushed aside and hundreds of prisoners were transferred. The acute intervention followed an inspection of the prison in Birmingham, which since 2011 was run by the private company G4S.

Prison inspector Peter Clarke told British media that 'a dramatic deterioration in circumstances' has been detected in prison since the last inspection in February 2017. The situation turned out to be worse than the inspectors had ever seen anywhere, Clarke said. The corridors were littered with cockroaches, puke and blood. Prisoners drank alcohol and used drugs and terrorized the staff among others. More than once, staff members locked themselves up in an office for fear of the prisoners.