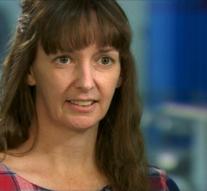 london - British nurse who was seriously ill after having had previous Ebola is almost restored. Which have declared her doctors, the BBC reported Thursday.

The 39-year-old Pauline Cafferkey ran the ebola last year during her work in Sierra Leone. In January she was declared cured, but last month she was again seriously ill and admitted to a hospital in London. She appeared to be suffering from meningitis, which was caused by the Ebola virus was still in her body. The doctors spoke of " an uncommon late complication of the disease ".

According to doctors, the woman no longer infected, and she is now transferred to the Scottish Glasgow to finish her ​​treatment.