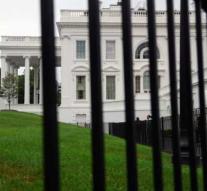 new york - In Rockland County in the US state of New York, a man was arrested who had plans to drop a bomb on Washington's election day in November. The man has been charged with making a bomb, planning a bomb attack and transporting explosive materials.

The Public Prosecutor in New York says the man wanted to make the attack to bring his own political ideology to the attention. 'He wanted to kill himself, but he would have put other people in danger if he had carried out the attack,' said the officer. 'He wanted to destroy our democratic society on election day.'

The elections for Congress will be held in the United States on 6 November. All 435 members of the House of Representatives and a third of all Senate members are elected.