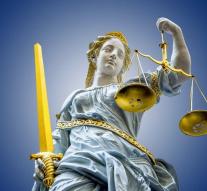 gent - A Belgian agent who was acquitted on his facebook page black people with monkeys compared using two pictures is by the court in Ghent racism, incitement to racism and xenophobia. The judge acknowledged that the images were objectionable, but said they could also be considered humorous.

According to the judge 'is not conclusively proven that the accused wanted to incite racism. He denied that and wanted in his own words also simply express his critical opinion about certain immigrants. '

The only reproach that the agent according to newspaper
Standard received from the judge was that he had been careless, 'especially because he was recognizable as a police officer.'