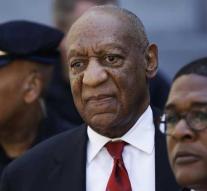 los angeles - Bill Cosby is told by the judge on Monday and Tuesday what punishment he will receive. The 81-year-old comedian was convicted in three respects of the drugging and abuse of former basketball player Andrea Constand in 2004. For every crime, the fallen comic can receive a prison sentence of up to ten years, in total thirty years.

Cosby would not have abused Constand alone; a total of 62 women came forward with similar stories about the comedian. Most other cases, however, are barred. Last year, the case of victim Andrea Constand was treated.

The judge in his case, Steven O'Neill, has not disclosed why he needs two days for the ruling.