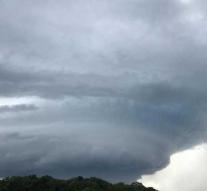 ottawa - More than two hundred thousand residents of the Canadian capital Ottawa and neighboring municipalities were still without electricity on Saturday evening, after the area was hit by a tornado a day earlier. According to Mayor Jim Watson, it will take days before the damage to high-voltage lines and electricity houses has been restored.

The tornado did not kill anyone, but caused enormous havoc. In the suburbs of Dunrobin and Gatineau roofs of buildings were torn down and houses were leveled. According to Mayor Watson, the storm is one of the most traumatic events for Ottawa, where 1.3 million people live. 'It looks like something out of a movie or a war zone,' he said.