Home / World / Bieke: 'I wish I could turn back the clock' 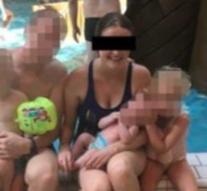 jabbeke - The grandfather of the three children who were murdered by their mothers earlier this week says she was not herself. 'I am not angry with her'.

The 61-year-old Peter tells in Het Nieuwsblad that he recently went to the beach with two of the children, Elyse (4) and Fabrice (2). Arthur (3 months) stayed at home. 'I went to dinner with them in the evening. Nothing seemed to be going on. Bieke did just like usual. '

Last week the nurse put her children home in Varsenare and did a suicide attempt by driving her car against a concrete pillar. She survived the blow and was arrested.