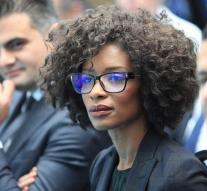 gent - A Belgian crane operator lost his job after he put sexist and racist slogans on Sylvana Simons on Facebook. That Belgian media reported Thursday.

The man, who worked for steel giant ArcelorMittal, wrote in the name of Zwarte Piet a poem for those brown chick. 'In strong terms, he threatened Simons- staunch opponent of Zwarte Piet- rape among others. It would be well done to her 'gossip', said the Belgian.

A Dutch woman who noticed the message went to his employer. The company then made publicly apologize on Facebook and decided to dismiss the man immediately. ' This is contrary to the values ​​of our company and demonstrates a complete lack of respect for others. '

The Belgian, father of two children from Ertvelde, has since deleted his Facebook profile.