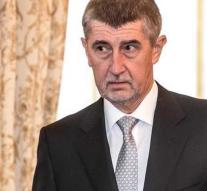 prague - The Czech multi-billionaire Andrej Babis gets a second chance to form a government more than seven months after the election in his country. President Milos Zeman sworn in to Babis for the second time as prime minister.

The Babis ANO movement won the elections last year, but its minority government suffered a defeat in a parliamentary vote in January. The multi-billionaire now wants to forge a new coalition with the Social Democrats and tolerance of the Communist Party.

The fate of the intended coalition is in the hands of the members of the Social Democratic party CSSD. They may express their views on government participation in a party referendum. The result of that consultation is expected later this month. ANO and the CSSD together have 93 of the 200 seats in the lower house.